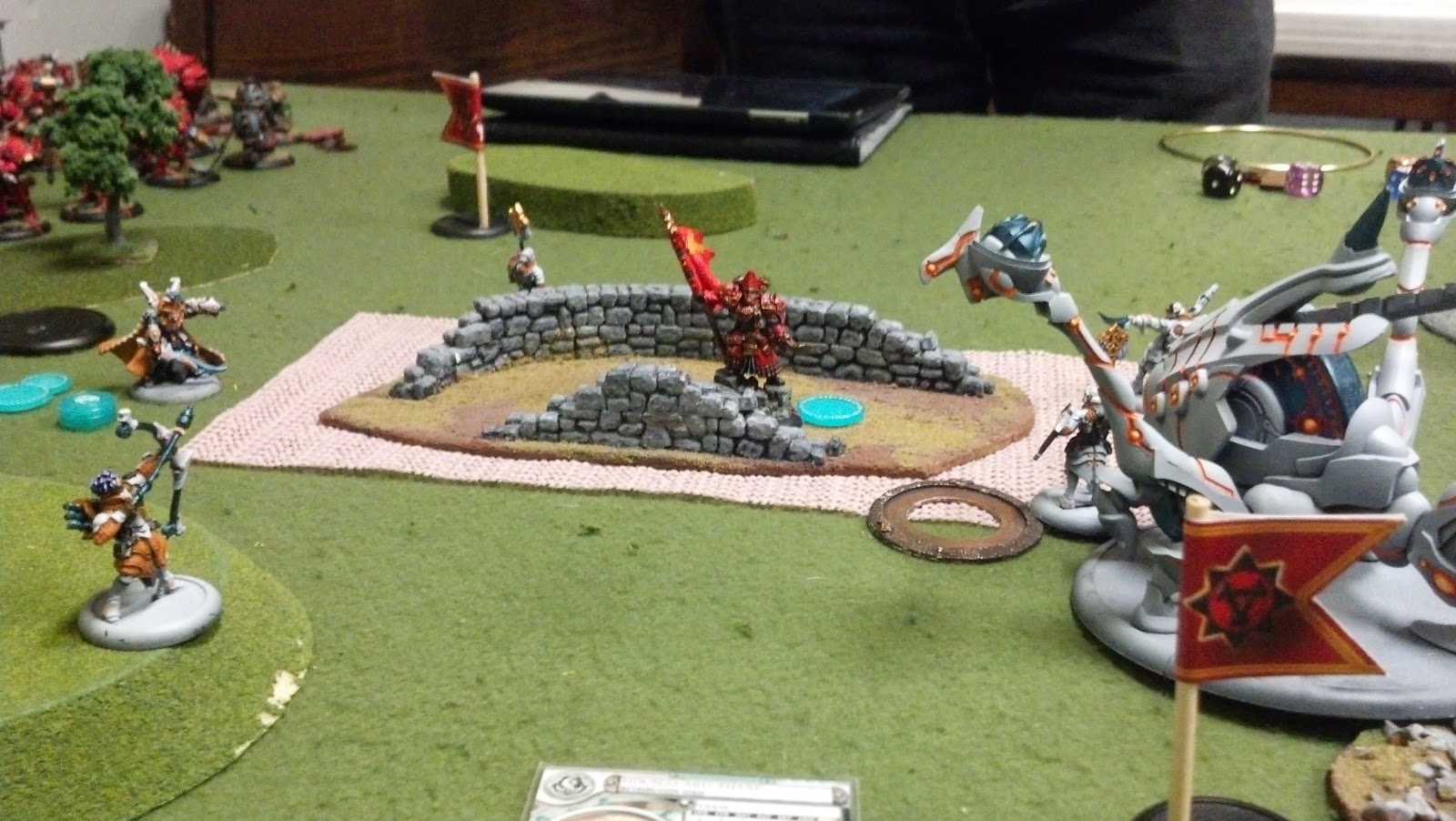 So, this site has been in an inactive mode for a while, mostly because I've fallen out of love with 40k and into Warmachine, and also because I just can't sustain the kind of updates I used to do with increased real life pressure.

However, the blogging bug caught me again when a couple of friends from college invited me to post on their site, 4+ Tough, so I'm starting up again over there. I'm focused on talking about my experiences with the Retribution of Scyrah (which is partly why I can't post on a blog called Defending Humanity :P) through the usual mix of battle reports, tactica and hobby posts. My co-conspirators are also covering Skorne, Trollbloods and Circle, and at least two of us will probably be swinging back to Khador at some point in the future.

So, if you're interested in seeing what we have to say about the current state of Warmahordes with frequent updates and charming style, swing on over to 4+ Tough and we'll take care of you.